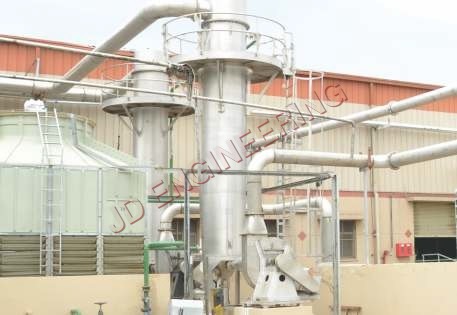 Shell & Tube Condenser is a reliable medium to precipitate vapor or smog via indirect contact based method. As part of its mechanism, its uppermost vapor collection hood is used to hold vapor or smoke which is later conveyed downwards to its tubes. A conical bottom section located inside these tubes is used to release the captured vapor after compressing. The shell bottom through which cold water passes, starts to flow towards all the directions of the external part of the tubes.

This circulated cold water is later released as hot water from the nearby side of the uppermost part of shell. A self regulated control valve which is driven by controller and temperature sensor is instrumental in regulating and maintaining ambient temperature of cold water that goes through shell bottom. The vapor which is not suitable for precipitation purpose is released from the cone bottom. The hot water that generates as a result of indirect contact between vapor and water can be utilized indirectly for heating purpose or can be used independently. Instead of wasting it, the produced hot water can be recycled by transmitting it to cooling system in case it has no usage. 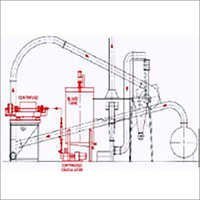